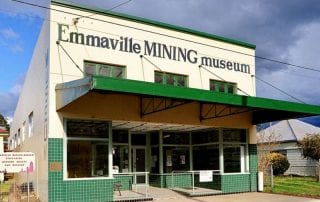 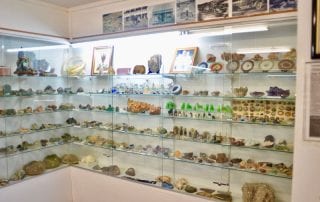 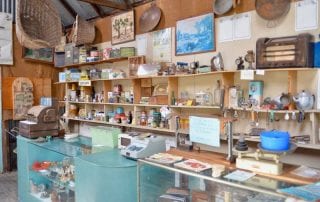 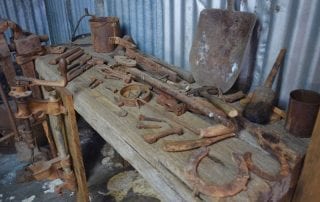 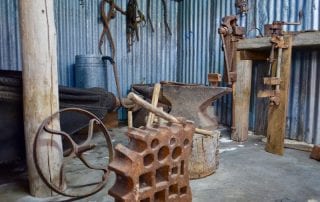 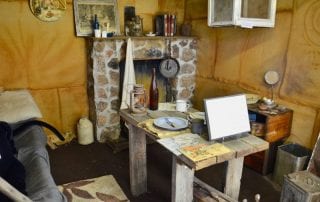 The Museum started as the dream of Mr and Mrs Jack Curnow who had the bakery in Emmaville, which closed in 1969.

After the closure they used the shop as a small museum for their collection of minerals and photographs.

The collection of Mr and Mrs Curnow was bequeathed to the community of Emmaville with the hope that the town could start a museum.

With the help of the Severn Shire Council a band of volunteers got together and started things rolling. The Severn Shire purchased the old Foley’s Store in Emmaville and the volunteers began remodelling the building to house the Curnow collection. The Museum now houses many other collections of minerals, in addition to over 200 photographs, some of which date as far back as 1893. The photographs are of mines and the people who worked them.

Tin was first discovered at Vegetable Creek in 1872, which started an influx of people to the town. It was estimated that in the early 1900s the population was around 7,000, including 2000 Chinese people, who formed a large part of the mining community. In 1872 the name of the town was changed to Emmaville in honour of the, then, Governor General’s wife, Lady Augustus Loftus, whose Christian name was Emma.

Emmaville was known mainly for its tin, although there were also two silver mines and one emerald mine. Some of the emeralds are on display at the mining museum in Sydney . Other minerals, namely topaz, arsenic and quartz crystals are still to be found here and Emmaville has many visitors who fossick for these minerals.

The Grampian Range, situated 5 kms northwest of Emmaville is noted as one of the richest mineral belts in Australia, with twenty seven known minerals. At one time there were in excess of thirty mines in the Emmaville area.